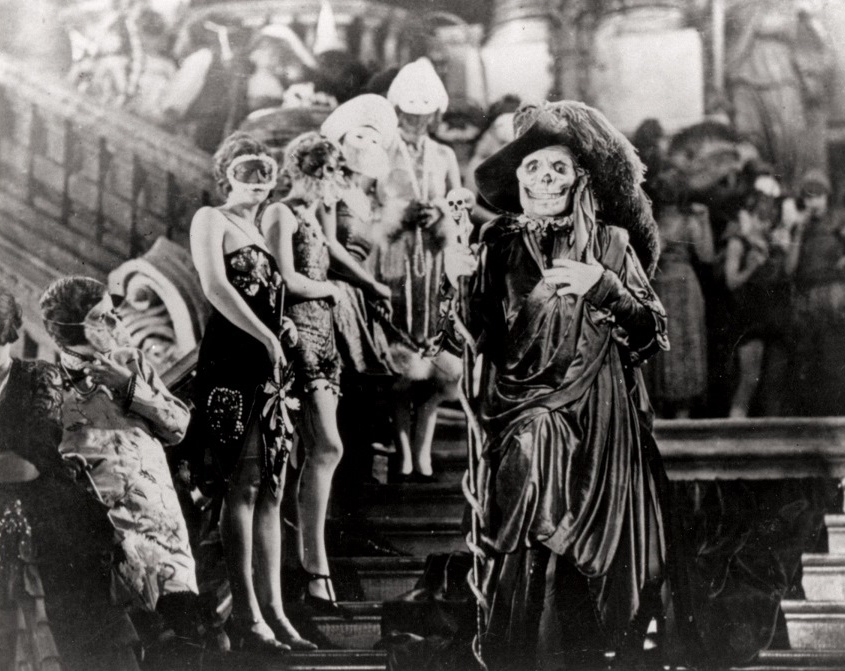 The story of the Phantom of the Opera has become so ingrained within film and theatre history yet Lon Chaney’s turn as the titular character has not shared the iconic status that the likes of Christopher Lee’s Dracula, Boris Karloff’s Frankenstein’s Monster or even Nosferatu have enjoyed. The 1925 interpretation of Gaston Leroux’s novel isn’t the go-to classic film fans reach to, yet, having been overshadowed by Andrew Lloyd Webber’s more widely known musical, a revival might be appropriate – especially coupled with Roy Budd’s phenomenal score.

The Paris Opera is home to a mysterious phantom who enjoys watching the productions from his own private box and terrifies visitors as he haunts the corridors of the prestigious venue. When new buyers purchase the Opera hall, they are warned about the mysterious spectre but struggle to take the sightings seriously. Yet the Phantom starts to haunt the cast of the production of Faust with hopes of making a star out of understudy Christine Daaé (Mary Philbin).

Looking through our modern eyes, there is a lot to pick apart with Rupert Julian’s film. Bar Chaney, no one else manages to piece together a remotely believable performance and the plot is sparsely held together by a thin narrative. Yet, the film is impressive for its time. The cinematography is surprisingly sleek for its era and when the film becomes more devoted to its horror elements, it manages to offer up some genuine scares. Chaney’s make up is grotesquely stunning and coupled with the actor’s unconventional leading man looks, it manages to create a ghastly monster that lacks the more emotional undertones of more modern takes on the role.

Roy Budd, best known for his scoring of Get Carter and The Wild Bunch, had a special place in his heart for the 1925 film and managed to acquire the last remaining 35mm film reel. After spending four years attempting to get it back to its original quality, Budd worked to create his own score that would do his beloved film justice. Budd’s score finally got its world premiere at a screening of the silent horror movie at the London Coliseum on the 8 October. Spencer Down and the Docklands Sinfonia Orchestra gave an eye-opening performance, with meticulous and spellbinding timing that will make you wonder why all cinemas don’t have the same set up.

The London Coliseum was a beautifully fitting venue for Budd’s long awaited premiere. The ornate Victorian decoration perfectly reflected the black and white interior of the Paris Opera House, just minus the Phantom. The recent trend of classic films with a live orchestral accompaniment has offered the opportunity for people to fall in love with a range of music that may not feature on their playlist. The same could happen for films; if programmers were more creative with their choices they could unearth underrated gems like Julian’s Phantom and breathe new life into possible forgotten classics.