Photos of the Month: ‘Freedom’

What is freedom? Is it an objective, universal concept, a standard to be reached, or is it a subjective, personal concept, relative to one’s life, and thus constantly evolving? There’s no definitive answer to this, as can be seen through the three photos here, each of which offers a partial take on the idea of freedom. 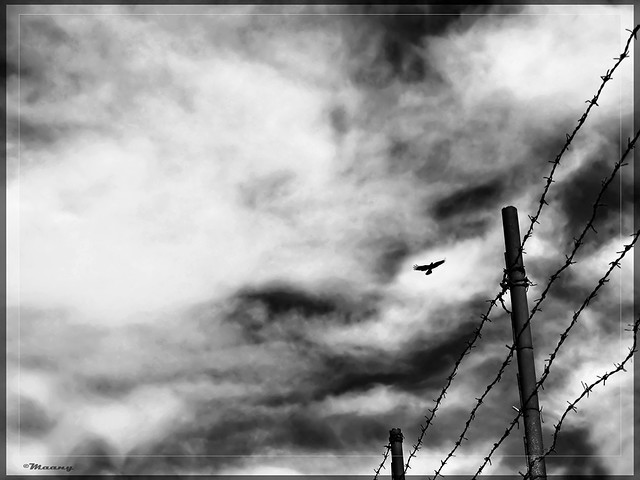 While there’s not a great deal to see within this first shot, it still has a clear statement within. Against the aggressive sky backdrop, the bird is shown flying over the old, breaking barbed-wire fence – a simple statement of life ignoring the restrictions placed on it. While this hopeful, positive angle is what first springs to mind, it’s not the only possible interpretation.

The photo can also be seen as wistful and sad – the angle of the shot shows the camera on one side of the fence, and the bird now having flown over to the other. Perhaps then the viewer is trapped, watching as others run free? In any case, the photo is certainly striking visually, with a strong use of black and white aiding the conceptual message. 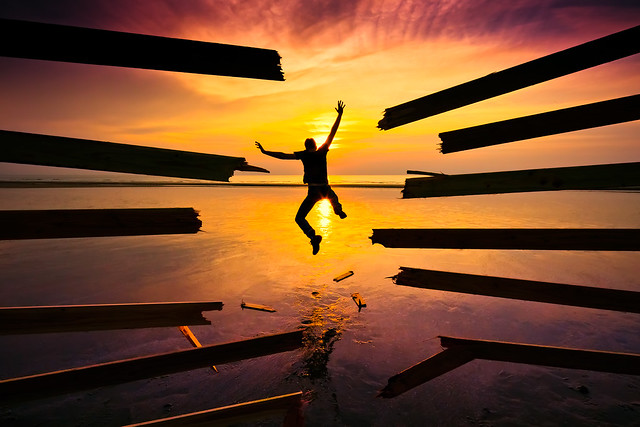 The message here is rather less ambiguous, as the man in the centre breaks through a fence to jump into the sea. The picture succeeds because of the perfect execution of the shot; the timing – taking the picture after the fence has been broken, but before the man hits the water – and staging perfectly captures the beautiful sunset. The idea that such a wide expanse lies beyond such a weak barrier is simple enough, yet is clear because each part of the photo works towards it. 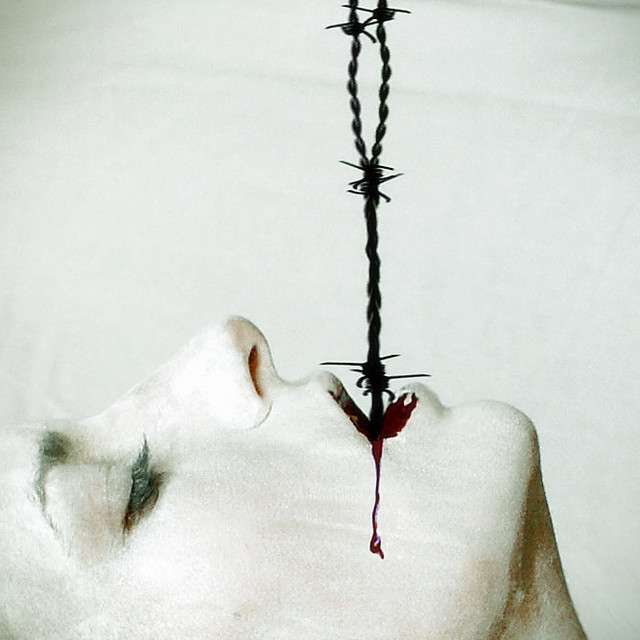 Many photos on freedom concern a subset – the freedom of speech. The simple reason why this particular shot stood out is because it brought its metaphor to life so strongly and viscerally. While many images depict a mouth taped shut or some variation thereof, this takes a more open-ended approach. There’s blood trickling down the cheek of the subject, which alongside the barbed-wire fence alludes to the violence used to suppress freedom, in particular of speech.

The near black and white colour palette also works well, the subject blending with the background, as the blood and the fence stand out – the individual fading, leaving only the action and bloodshed. Political messages outside of event photography are hard to capture, simply because the seriousness of the concept can be lost or, worse still, exaggerated in the photographer’s attempt to convey it, but here the concept is perfectly placed.