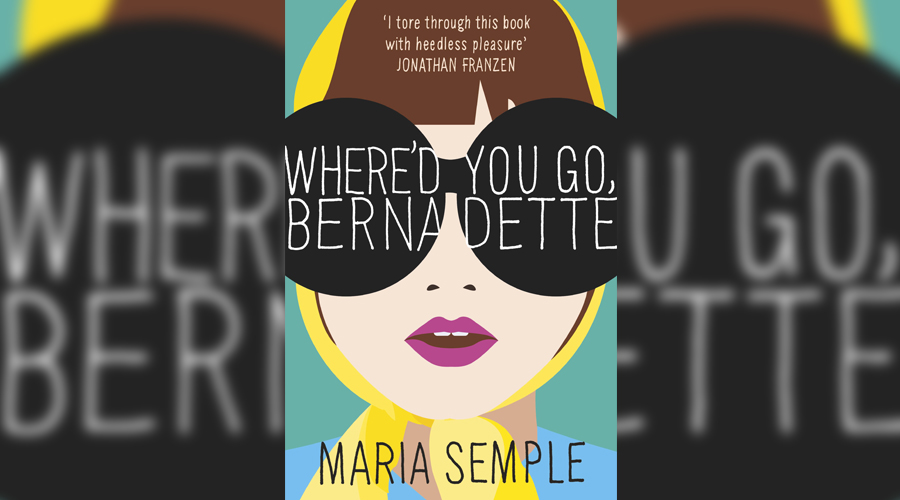 Where’d You Go Bernadette? is being adapted for the big screen, with big-name comedy actress Kristen Wiig attached to star in the film version to be directed by Richard Linklater. She will play Audrey, the annoying /neighbour of the eponymous Bernadette, a wife and mother who disappears, forcing her teenage daughter and husband to go searching for her.

In other book news:

Colin Dexter, the author who brought the world the Oxfordshire-based detective Inspector Morse, died last week at the age of 86. With the character Morse, who featured in thirteen novels spanning the 1970s to the 1990s and then became a household name through the TV adaptation and its spin-offs, Dexter inspired a host of British crime writers, from Val McDermid to Lee Child.

The Northern Irish novelist Maggie O’Farrell has written a non-fiction memoir, inspired by her daughter, who suffers from a severe disorder of the immune system. The book, I Am, I Am, is an account of seventeen near-death experiences O’Farrell has suffered in her life and how she survived or fought through them. It is due to be released in late August.

Chimamanda Ngozi Adichie, the highly successful contemporary Nigerian writer, famous for her novels, such as Half of a Yellow Sun, and essay ‘We Should All Be Feminists’ (2014), was voted the winner of the One Book, One New York program on 16 March. This win, based on the result of 50,000 public votes, means that Adichie’s novel Americanah will be read and discussed in each borough of New York, as well being the subject of special events in the city.

Actors Megan Mullally and Nick Offerman (who are both married to each other) are to produce an adaptation of short story writer George Saunder’s recent (and first) novel, Lincoln in the Bardo, which is set in 1862 during the American Civil War when Abraham Lincoln’s eleven-year-old son Willie dies and journeys to the bardo, a realm of the dead.