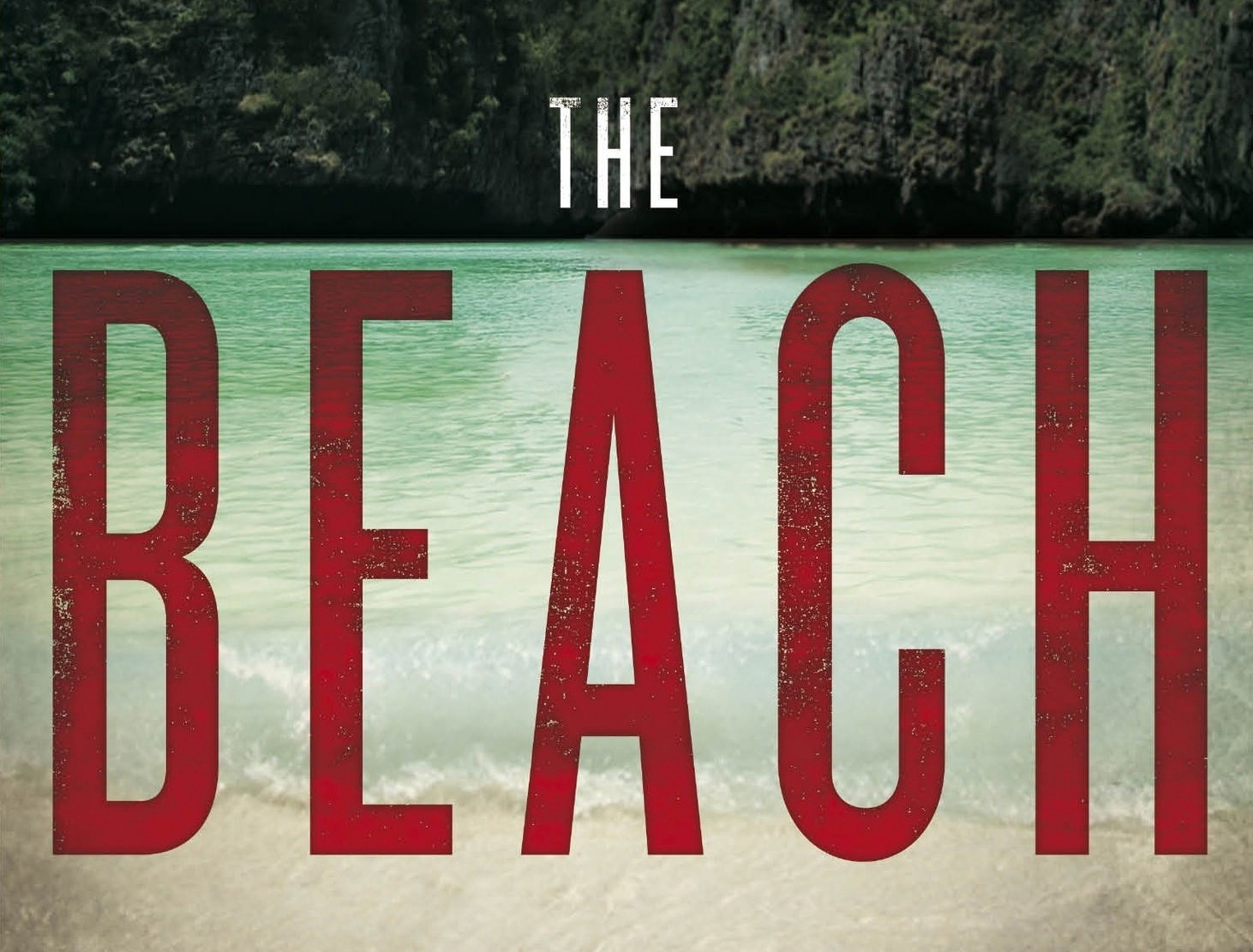 Here at Culturefly, we’ve got a touch of wanderlust about us and our urge to travel is only fuelled by the places we read about in the pages of our favourite pieces of writing. Going on journeys and discovering new, exciting places is a common theme in literature and from walking through the many lands of Middle Earth to the magical corridors of Hogwarts, nothing brings a place to life quite in the same way as a book. Considering this, we asked our writers to list the books that most make them want to travel, whether it’s to places near or far, real or imagined, or even if it’s just about the journey that gets them there.

There’s nothing like a tale of pirates and pieces of eight to get you in the mood for adventuring abroad. Stevenson’s description of the Caribbean and the luscious isle where Long John Silver’s treasure is buried is delectable. You can almost feel the sun beating down on your neck and the sweat running down your back as you attempt to outwit scheming pirates and race to find the treasure. Robert Louis Stevenson’s characters are vivid, his storytelling supreme. Even if you’ve not got the budget for a holiday this year then grab a copy of this – Treasure Island brings you new horizons aplenty, and treasure chest loads of fun to boot. LS

An Innocent In Newfoundland by David W. McFadden 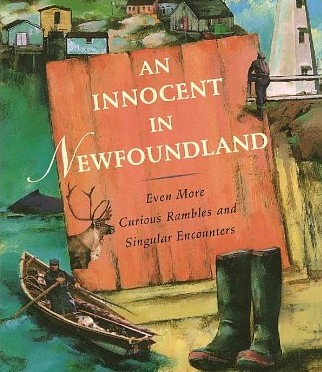 It may sound startlingly obvious to state that a book charting the journey of an individual would make you want to travel. Of course it would! An Innocent in Newfoundland is something special however. The book is written by Toronto based poet David W. McFadden and, whether it’s his poetic feeling, or his eye for a quirky character, McFadden really draws out the human sense of the place. Having visited Newfoundland myself shortly after reading the book, the landscape, the amenities, the towns are all accurately described – but it’s the people and how they fit into this spectacular place that make An Innocent a magical read. After all, isn’t it the people who really make travel? LS

The Beach by Alex Garland 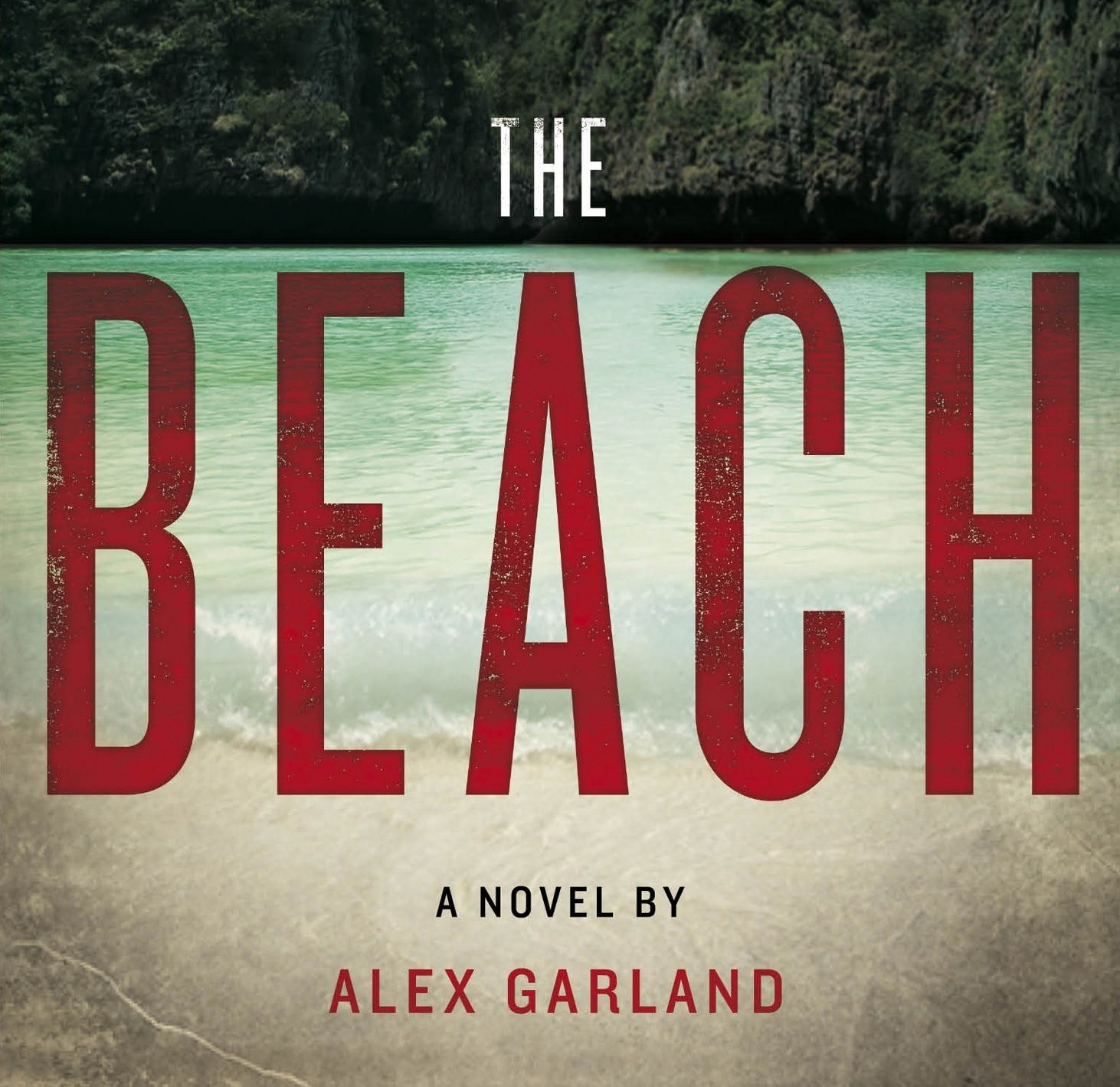 Having read this on my own adventure abroad, as many others have done before and since, Alex Garland’s The Beach will forever be associated with the thrill and anticipation of travelling. Almost immediately upon its publication in 1996, The Beach became a critical piece of fiction for gap year students and backpacking adventurers everywhere. Whether you’re considering planning or have planned a solo trip or group excursion, this novel perfectly captures the feeling, the excitement and the fear of travelling. When English backpacker Richard is given a ‘treasure map’ of sorts by a strange acquaintance named Daffy, he and two other students set out on a mission to locate an idyllic, mysterious island off the coast of Thailand. Utopia isn’t quite what it’s cracked up to be though, as the three idealists discover that the tight-knit community of islanders who eventually welcome them may live in paradise, but they, and the island, also harbour dangerous secrets. This book will inspire you to escape the dull humdrum of ordinary life, but caution you not to let naivety guide your way. AS

These Days Are Ours by Michelle Haimoff 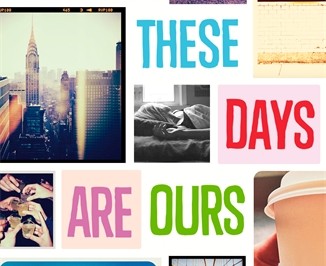 While it’s not the best book I’ve ever read, These Days Are Ours is a fantastic novel for New York daydreamers who are still searching for something to replace Gossip Girl. Beyond the trust funds, the cocktail parties and the cruising through life on their parents’ purse strings, however, These Days is about the city itself, the way that New Yorkers live and especially the way that attitudes in the city changed in the months following the 9/11 attacks. For me, this novel provided a new insight into a city I’m constantly fascinated by and that, coupled with the fact that my copy had a front cover Instagram would go crazy for, means that These Days Are Ours quickly became a book that made me want to quote Frank Sinatra: “I want to be a part of it: New York, New York.” MD

The Statistical Probability Of Love At First Sight by Jennifer E. Smith 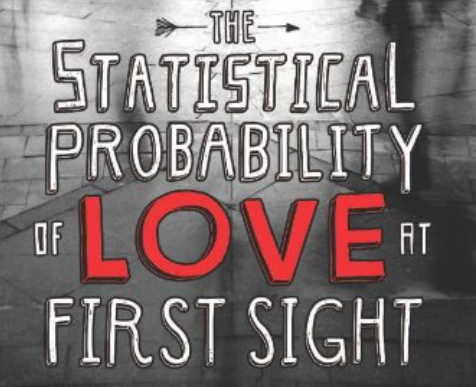 The Statistical Probability of Love at First Sight perfectly sums up the opportunities of travelling – you never know what’s going to happen, or who you’re going to meet, and something as simple as being four minutes late and missing your plane could set you on a whole new path. On a flight from New York to London, Hadley meets Oliver and they talk, get to know each other, and end up helping one another more than you’d think a stranger ever could. Despite this novel being something of a teen romance at heart, the focus it places on the journey and getting to a new place was something of an eye-opener for me. I’m not saying that if you miss your flight, you’ll end up sitting next to someone who could become the love of your life, but I’m also not saying that it could never happen either. All I’m saying is this book makes you want to jump on an airplane (the destination doesn’t matter) and see what’s waiting for you when you do. MD

A murder mystery isn’t exactly the typical genre that makes a person want to travel – in fact it’s likely to give you the complete opposite of wanderlust – but it’s not the events that transpire in Tigers in Red Weather that make me want to jump on the next available plane. Rather it’s the idyllic Martha’s Vineyard setting that has me longing for a taste of America. Picture lazy summers on an affluent island only accessible via boat or air, and sultry evenings out on the veranda with a glass of gin in your hand. Tigers has a touch of The Great Gatsby about it and nothing can dampen the beauty of the story’s backdrop. There’s an undeniable darkness about this book but the setting is as heavenly as they come. NX 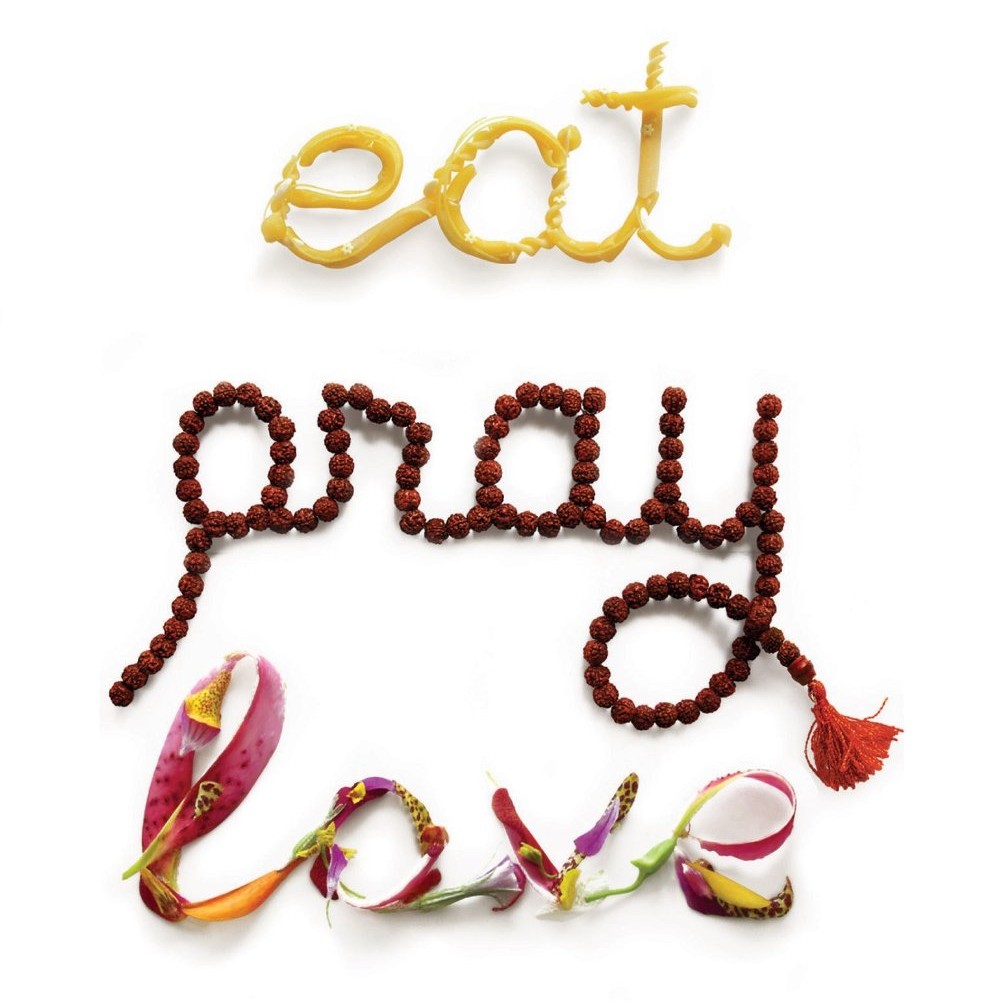 Despite mixed reviews upon its 2006 release, there’s something eternally inspiring about Elizabeth Gilbert’s memoir Eat, Pray, Love. Taking the reader through Italy, India and Indonesia, Gilbert’s travelogue captures that need for adventure most of us feel at some point in our lives – whether it happens at 18, leading to an adrenaline-fuelled gap year, or whether it’s more of a mid-life yearning for a change of scenery. Eat, Pray, Love is a tale of self-discovery that’s easy to fall for if you’re feeling uninspired by your surroundings; it covers tasting the delights of Italian cuisine, experiencing spirituality in India and discovering love in Bali. Combine these locations with the overriding theme of finding inner peace through different cultures and traditions, and I was left with some serious travel envy. You’d be mad not to feel the same. NX 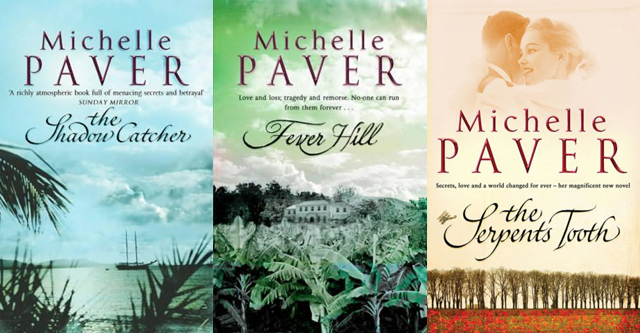 Michelle Paver’s epic generational saga beautifully represents the Jamaican history, landscape, folklore and climate in her three books, The Shadow Catcher, Fever Hill and The Serpents Tooth. With a time span from 1895 through to 1919, each book has a large part of its story set in Jamaica. Bursting with vibrancy and depth it immersed me in rich descriptions of a lush, tropical and steamy environment. Along with historic plantations and the generations of owners and workers that inhabited the novel, this beguiling island really made me want to pack my bags and visit the vivid setting (although I may need to travel back in time to appreciate the raw beauty as it was then!). NY

A Room With A View by E. M. Forster 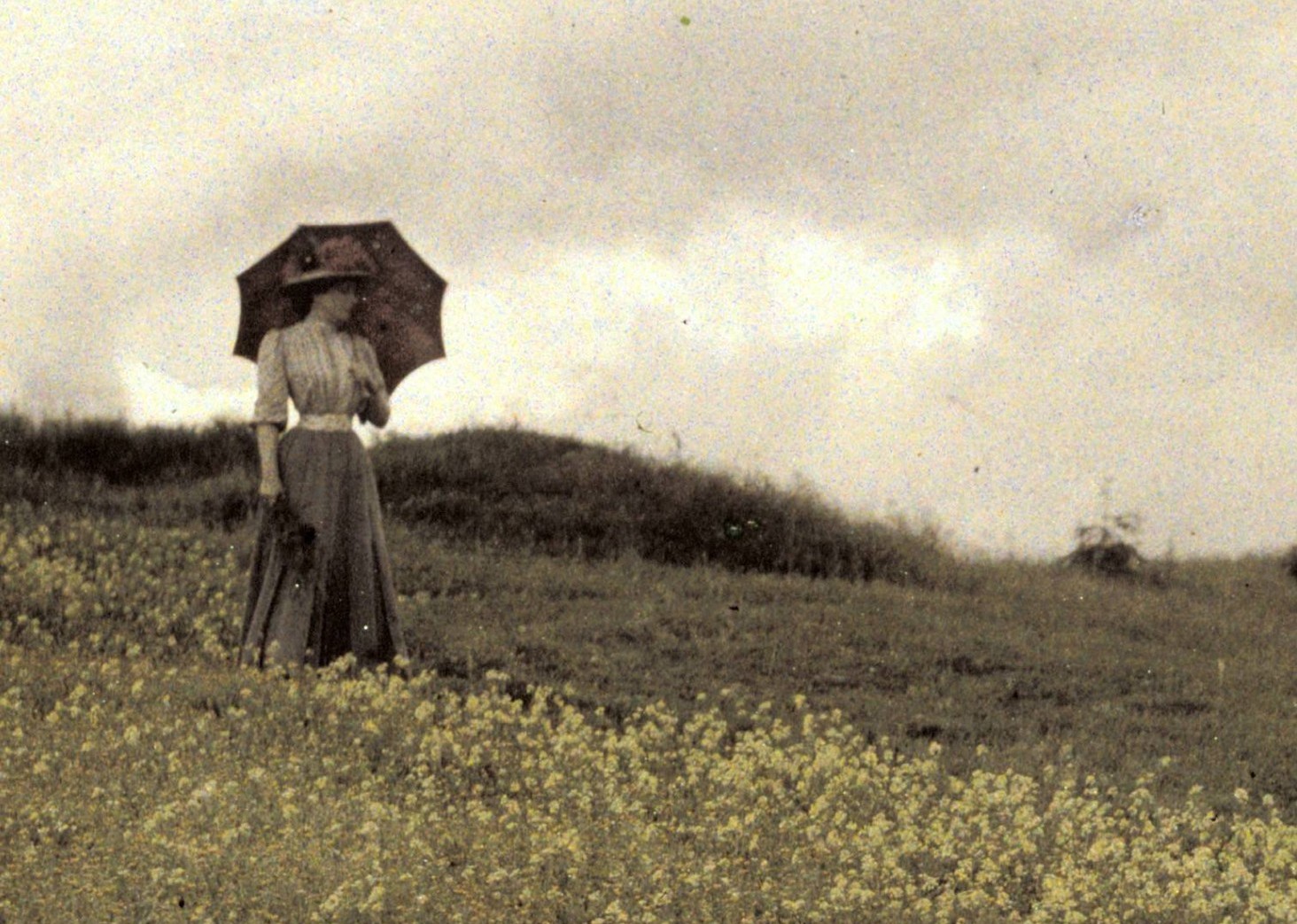 There are some books that just make me want to be a tourist, and this charming account of the English abroad is definitely one of them. The first half of the novel is set in Florence, where Lucy Honeychurch and her chaperone Miss Bartlett discover that their guidebooks have no advice on how to hold on to one’s sense of propriety in this strangely liberating climate. Their fellow visitors turn out to be equally surprising, and an encounter between Lucy and a young Mr Emerson has repercussions that follow her back to England. In the second volume, Lucy tries to resume her old life, but travel has opened her eyes to a new way of thinking. The clash of values between Victorian convention and encroaching modernity in this 1908 novel is made literal in the contrast between home and abroad, suggesting that the future, too, is another country. SD 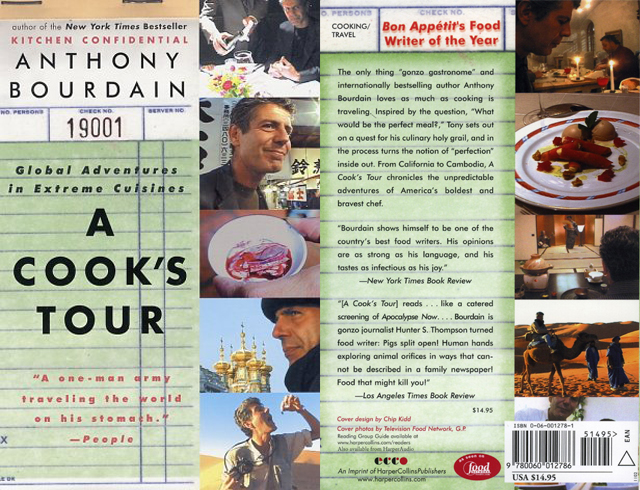 What is better than delving into a succulent, gastronomic tale? One that pairs it with the adventures of traveling around the world. Anthony Bourdain takes his readers on a traveling escapade in search for the perfect meal through all corners of the globe. Twisting some shocking and detailed accounts of what he tastes during his journey through such countries as Cambodia, Morocco, and Russia, the context of what the perfect meal really is, is never to be taken too seriously. Bourdain loves to grab his readers’ attention with shock tactics and a grand sense of humor throughout. The author takes time to unfold all the details of each destination but his descriptions are highly entertaining and he does a phenomenal job as a culinary tour guide. I only wish I were really there to experience what he did. VP

Lay Me Down – Nicci Cloke Review